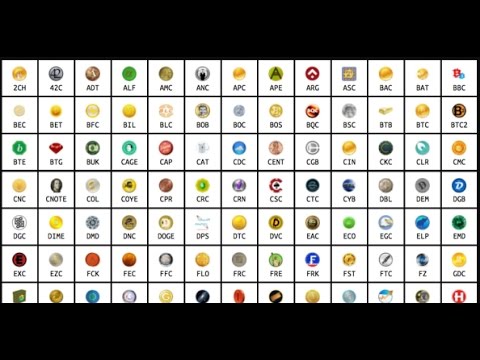 So nodes don't mine bitcoin, and nodes don't create "confirmations", they just "verify that transactions are legitimate" but..... who's asking? What part of bitcoin is sending that outgoing request to a node to get verification of a transaction?

As far as I can tell, I am successfully running a bitcoin full-node on my desktop computer (51 connections, 41 in, 10 out, running Bitcoin Core v0.20.0).
I understand that most of the legwork of the blockchain is done by miners and wallets. Miners collect the transactions that people are trying to send, make them into a "block", try to generate the "correct" hash with the correct number of zeros and "win" the race to the next block, and if they win then their block with those transactions becomes the one that goes through. Great. But that's mining. That's not transferring.
But... transfers happen in blocks. Miners collect the transactions and decide which ones go into the block, so miners really are the ones processing transactions into the blockchain. At least as far as my limited understanding of the blockchain can allow.
So then once that block has been mined, there is "1 confirmation". Nodes don't make any more confirmations, confirmations come from further blocks being mined - to the best of my understanding. Still under the complete controls of the miners and seemingly with no input from the nodes (are the nodes actually feeding the information to the miners?)
So my question is: nodes pull information from the blockchain and verify that the transactions are legitimate. At what point do they put that information back in? After a "node" (seemingly usually a Raspberry Pi, in my case a desktop PC) verifies a transactions (or all transactions), then where does it send that information? What part of the blockchain or the "bitcoin process" ever connects to a node to check if a transaction is valid?
I am not asking why having nodes to verify transactions is useful. I understand that. I understand why being able to verify the entire blockchain on a low-power computer so that there can be an abundance of them and they can be decentralized is important to prevent the few that can afford miners from being able to overpower the blockchain. But why I don't understand is at what point do the miners provide their information for people to use?
My best guess is this, and it might be dead wrong: Nodes are the middle-ground that sends all of the information around. When a wallet wants to send a transaction, they find a node and send the transaction to them, and that node passes it along. Nodes would be sending their information to wallets, other nodes, and miners. Nodes are where miners would find the transactions to make into a block. Assuming that nodes are more plentiful because they require a lot less processing power, nodes would logically be the "highways" that bitcoin travels across.
Is any of this remotely correct?

So nodes don't mine bitcoin, and nodes don't create "confirmations", they just "verify that transactions are legitimate" but..... who's asking? What part of bitcoin is sending that outgoing request to a node to get verification of a transaction? (x-post from /r/Bitcoin)

10-13 12:05 - 'Dare look into ethereum... Lol / There is Bitcoin and there is everything else / Bitcoin is legitimate. Decentralized, no pre-mine, no figurehead, no central point of failure, no development team behind it or marketing team...' by /u/vitaminBTC removed from /r/Bitcoin within 12-22min

'''
Dare look into ethereum... Lol
There is Bitcoin and there is everything else
Bitcoin is legitimate. Decentralized, no pre-mine, no figurehead, no central point of failure, no development team behind it or marketing team. There is no other coin with that on its resume.
The rest of it out there is the Casino. It is the realm where speculation alone drives prices, nothing intrinsic or fundamental.
Some people like playing roulette or the lottery and believe it a good use of hard earned money to give it in exchange for the ability to dream.
I understand the allure of such a thing.
Just know precisely what you are doing and don't delude yourself into thinking you're investing.
'''
Context Link
Go1dfish undelete link
unreddit undelete link
Author: vitaminBTC

Is Bitcoin Inc a legitimate place to mine?

Is Bitcoin Inc a legitimate place to mine? (x-post from /r/Bitcoin)

Bitcoin Hourly Earn Investment platform BOT is a legalised and Approved to operate as a Bitcoin mining and Cryptocurrencies Investment Platform. All rights reserved by US. WE HAVE LICENSED AS A LEGITIMATE PLATFORM, WE ARE VERIFIED BY COINBASE AND BLOCKCHAIN NETWORK. AND YES, WE ARE FULLY SECURE

China controls Bitcoin through ASIC manufacturing and Mining Pools. Why doesn't anyone care? If anyone really did, then we'd have a legitimate competitor to BTC.

Wait a second we do :)
VeriCoin and Verium Reserve are two coins from the same project. VeriCoin is Proof of Stake and Verium Reserve is an ASIC and GPU resistant POW coin. Both coins will have their blockchains interwoven to bring the strengths of each consensus mechanism without the downsides of either in what they are dubbing the Binary Chain. VeriCoin and Verium Reserve will gain adoption because the binary chain means they're profitable for the average user to mine or stake. The genius of combining two different crypto assets (Proof of Work for Verium Reserve and Proof of Stake for Vericoin) on the same blockchain means you get the best of both worlds: an ultra fast, low fee currency that earns passive income (VRC) but it is as secure as other POW coins because of the aux POW mining from VRM which is POW, but ASIC and GPU resistant, as well as offering pooled mining straight from the wallet so no need to rely on centralized mining pools as is the case with Bitcoin.
With Bitcoin participation in the consensus mechanism requires an asic miner which is expensive, not easy to operate, centralized by the few companies that manufacture Asic miners, and even further centralized by the few mining pools. Conversely, with VeriCoin all you need is an open wallet to participate in the consensus and earn coins, and with Verium Reserve any CPU can mine.
VeriCoin and Verium Reserve was designed to have an ultra low barrier to entry for participation in the network and passive income. This project is definitely worth a look if you're looking for low cap, moonshot gems.
VeriCoin Market Cap 9/12/2019: $1,704,000
Verium Reserve Market Cap 9/12/2019: $288,000
​
When the bull market commences, I'll see you all on the moon!

'''
There is mining rental. [link]1
You legitimately rent some hashrate and point it to a pool. It's not profitable. Can be used to test something, buying like 6 hours of miner time.
'''
Context Link
Go1dfish undelete link
unreddit undelete link
Author: jenny82ishere
1: www.mini*g*igren**ls.*o*
Unknown links are censored to prevent spreading illicit content.

Shower thought. How to socially prepare a formalisation to react upon a politically (not economically) motivated 51% attack that could roll back the blockchain not only a few blocks but days or weeks, causing disastrous consequences if the honest miners blindly switch to the longest* but evil chain. A social control is needed to prevent this.
Discussion is opened.
(I think it is good to think about it before it happens - just to be prepared. The worst thing one can do is to deny the possibility that it can ever happen. Conversely, if it is seriously taken into account and counter measures are prepared, then the likelihood that it happens is minimized.)
 *Edit: Of course when I say "longest chain" I mean "chain with most POW". Don't correct me on this - that's semantics, you know what I mean...

Legitimate way to get or mine bitcoin..

The easiest way to earn Bitcoins? Just change your browser to CryptoTab and receive payments to your balance every 10 minutes. You will get BTC for simply using it, even if just having CryptoTab browser window open. It takes less than 1 minute to start earning -
https://get.cryptobrowser.site/3103699

My buddy is trying to put $25k down to buy a house (he has much more still invested). The money came from Bitcoin, but the bank won't recognize it as a legitimate source. They want him to "season" the money for another 45 days, and he's ready to buy a house. He has it picked out and knows the owner personally, and they both agreed on a price. He's afraid that someone else is going to buy it out from under him.
Is there any banks or credit unions that will recognize Bitcoin earnings as legitimate profits?

Bitcoin Hits $35,000 in Iran After Government Accepts Crypto Mining as a Legitimate Industry